Bookish (and not so Bookish) Thoughts - Febr 12 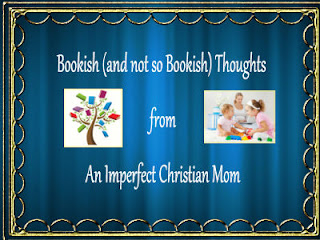 Bookish (and not so Bookish) Thoughts is hosted by Bookishly Boisterous. This is a chance for book bloggers to dabble in areas besides books (but those are welcome too). Share your plans for the weekend, a rant on people not using their turn signals in parking lots, or your love of Sunday morning mimosas.

Has anyone watched the TV series The Exorcist? Like William Peter Blatty's novel that it is based on, this series is about exorcists facing demons. In the first season, we meet Father Tomas (Alfonso Herrera) and ex-communicated Father Marcus Keane (Ben Daniels), who work together to exorcise a demon from Casey Rance (Hannah Kasulka). In Season 2, Father Tomas and Marcus have been sent away for their protection and to continue their work. They discover an island off the coast of Seattle where strange happenings occur.

One interesting aspect about this series is a conspiracy within the Catholic church. People are looking to exterminate or "convert" the remaining exorcists. The Church has been infiltrated and not everyone is who you think they might be.

While not a fan of the gore, spiritual warfare fascinates me. There is true evil in this world and we must fight against it. We face the devil and his temptations every day. That's why I am hoping The Exorcist is picked up for a third season now Disney has bought Fox. Seems it has struggled for an audience and this type of show isn't exactly Disney material. If it isn't, I hope they will at least give the show a proper send off with a TV movie to wrap up some loose ends.

Have you ever seen this show? What did you think of it?