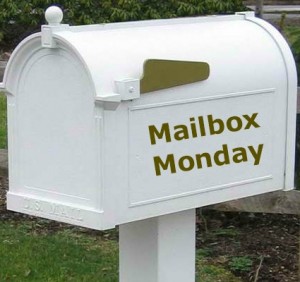 How can it be the end of November? I swear the year just started. 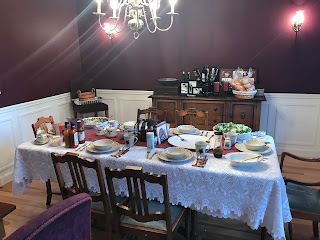 I hope everyone had a blessed Thanksgiving. We sure did. Family came over on Thursday and then again on Sunday. In between, we helped with our church's annual Christmas bazaar. 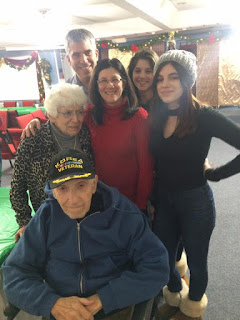 As for reading material, I really made out this past week. This came from an Amazon pre-order.... 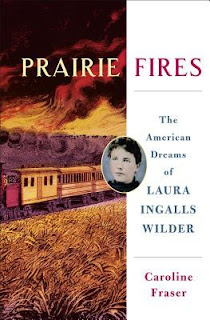 Millions of readers of Little House on the Prairie believe they know Laura Ingalls--the pioneer girl who survived blizzards and near-starvation on the Great Plains, and the woman who wrote the famous autobiographical books. But the true story of her life has never been fully told. The Little House books were not only fictionalized but brilliantly edited, a profound act of myth-making and self-transformation. Now, drawing on unpublished manuscripts, letters, diaries, and land and financial records, Caroline Fraser--the editor of the Library of America edition of the Little House series--masterfully fills in the gaps in Wilder's biography, setting the record straight regarding charges of ghostwriting that have swirled around the books and uncovering the grown-up story behind the most influential childhood epic of pioneer life.

Set against nearly a century of epochal change, from the Homestead Act and the Indian Wars to the Dust Bowl and the Great Depression, Wilder's dramatic life provides a unique perspective on American history and our national mythology of self-reliance. Settling on the frontier amidst land-rush speculation, Wilder's family encountered Biblical tribulations of locusts and drought, fire and ruin. Deep in debt after a series of personal tragedies, including the loss of a child and her husband's stroke, Wilder uprooted herself again, crisscrossing the country and turning to menial work to support her family. In middle age, she began writing a farm advice column, prodded by her self-taught journalist daughter. And at the age of sixty, after losing nearly everything in the Depression, she turned to children's books, recasting her hardscrabble childhood as a triumphal vision of homesteading--and achieving fame and fortune in the process, in one of the most astonishing rags-to-riches stories in American letters.

Offering fresh insight and new discoveries about Wilder's life and times, Prairie Fires reveals the complex woman who defined the American pioneer character, and whose artful blend of fact and fiction grips us to this day.

Then I lucked out at the church's tag sale and found these three from Tracie Peterson's Heirs of Montana series.... 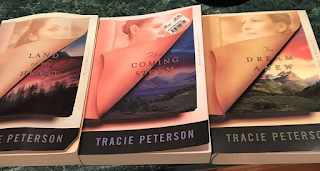 This is the blurb for the first book, Land of My Heart:  Adventurers, families, outlaws...all driven west in the 1860s by a longing for endless blue sky along with wild and wide-open spaces. Tracie Peterson, from her own Montana home, paints an unforgettable portrait of this rich, rugged landscape, populated by strong and spirited characters. When Dianne Chadwick urges her family to move west to her uncle's ranch in the Montana Territory, she has no idea that her new life in the rugged frontier ~and even within her uncle's home~ will not be the idyllic adventure she expects. But first she has to survive the arduous wagon journey with the help of guide Cole Selby, whose heart seems to be as hard as the mountains he loves.

Recently, I reconnected with a good friend and talented author who I consider a mentor. She gifted me a copy of her latest book. 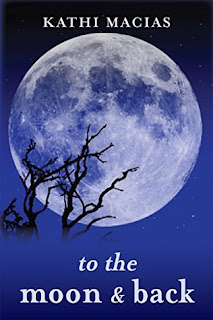 Life had changed drastically for Rachel since the accident, but none of the changes had prepared her for what followed. She wasn’t even sure when it started. She knew only that the darkness appeared more often and lasted longer, accompanied by forgetfulness, fear, confusion…even suspicion.

As a result of the accident—which she was certain was entirely her fault—her husband of nearly 45 years was now a semi-invalid, his dependence on her growing by the day. Their only child, a grown daughter named Lilly, lived hours away and was dealing with difficulties of her own, not the least of which was an unwanted divorce. Rachel, however, had no concept of Lilly’s suffering, instead believing her 35-year-old daughter was still a college coed with her entire life ahead of her.

Can this fractured family find its way to a place of healing, or will the darkness prevail, destroying them all in its unrelenting torment? Unconditional love seems to be their only hope…but how are they to get there?

For my Kindle I bought the following inspirational story collection... 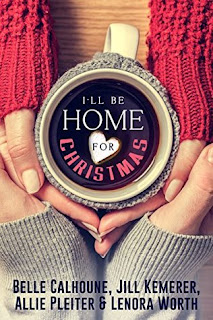 and also this book I have been dying to read.... 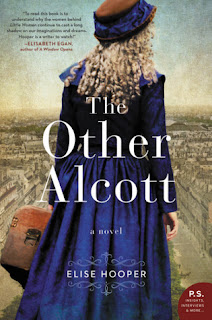 I hope you'll share your mailbox with me too. Enjoy your week!
Posted by Cheryl at 11:47 PM